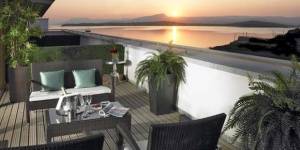 The Maritime Hotel is set on Bantry Bay amid the rugged Mizen, Sheep’s Head and Beara peninsulas The stylish Bantry hotel offers spectacular views across the bay from the historic town. You’ll be in easy reach of Bantry House, the Sheep’s Head Way walking route, and the coves and beaches that make West Cork such […]