From 11th to 13th September 2015, we celebrate the musical legacy of Chief O’Neill in Bantry, with a traditional Irish music festival to highlight his achievements as a collector of traditional tunes.

11.30am Bantry Library Saol le Ceol – John Dwyer Remembers
Interview with John Dwyer. John recounts his lifelong experiences from his early days.
The interview will be conducted by Nicky McAulliffe and will include rare early recordings of John, as well as a tune or two from the man himself.
Admission free.

1:50pm Performance of Chief O’Neill’s Favourite Music. All musicians welcome to join in this musical tribute at Tralibane Bridge.

Drivers are requested to use the car park at The O’Neill Monument and a shuttle bus will take you to the starting point of the walk at Tralibane Bridge.
Shuttle bus after the walk to return people back to Bantry.

2:30pm Annual Pattern Day – Music and Dancing at O’Neill Monument in Tralibane
The pattern day is a traditional Irish celebration during which a local community celebrates its links to its ‘patron saint’.

5pm – The Farewell Session -The Mariner Bantry
A relaxed session and get together of Irish Traditional Music and fond farewell to the weekend after all the music, singing and dancing of the week end.
Venue – The Mariner (Over The Brick Oven Restaurant)
Admission Free 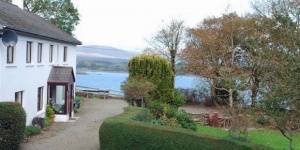