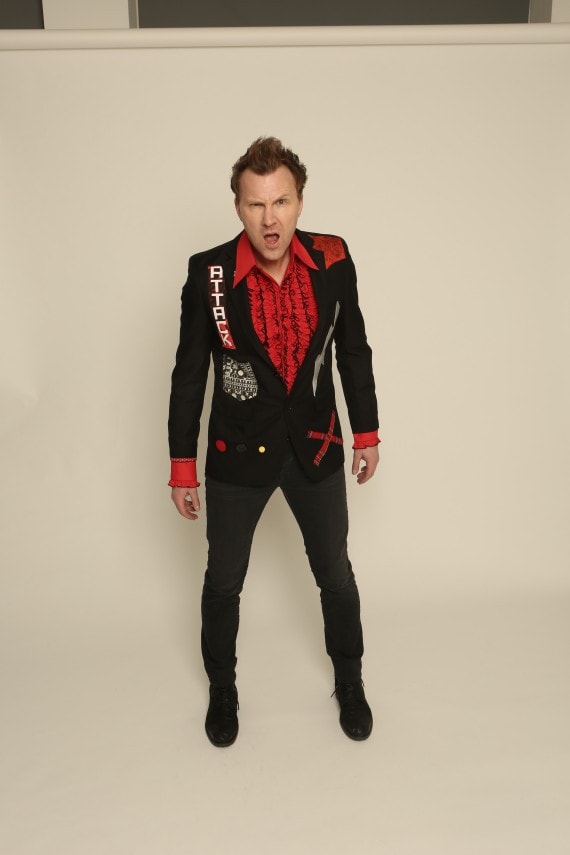 Jason Byrne is sure to get you laughing and may even let you humiliate him for a change!

Known as “The outright king of live comedy”, Jason Byrne is the biggest selling comedian at the Edinburgh Fringe Festival. His inspired, original brand of high-energy intelligent lunacy ensures that there is no other comedian like him and his sell out shows have attracted accolades including the highly coveted Perrier Newcomer Award Nomination and the Perrier Award Nomination.

“The topics he covers are nothing out of the ordinary, but his strength of character and delivery really creates a fantastic hour of comedy. Of particular note is the way in which he interacts hugely with the audience throughout the entire show, seemingly abandoning his prepared material to go off on wildly hilarious tangents with whatever the unsuspecting members of the audience hand him.”

Visit the Ticketmaster link above or call into Martitime Hotel reception. Over 16’s only. Doors are at 7pm, show begins at 8pm.

The Hotel is offering a stayover special for this event – €102.50pps for 1 Night Bed & Breakfast + Ticket