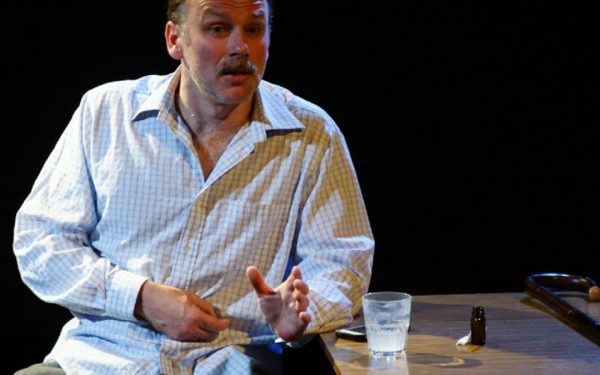 Enjoy theatre on the Sheep’s Head peninsula as part of the West Cork Fit-Up Theatre Festival this summer!

Wexford man Noel has advanced MS and decides to end it all. While waiting for his overdose to take effect he records an increasingly rambling message for his best friend. Noel has apologies to make and messages to send. He has love in his heart and he wants to declare it even if it’s already too late. Noel spends what is possibly the last hour of his life re-living the highs and lows of the past forty years,surprisingly perhaps, it’s not all doom and gloom.

My Real Life is a play that will make you laugh and make you cry.

Eoin Colfer was born in Wexford, where he and his four brothers were brought up by his father (a school teacher, historian and artist of note) and mother (a drama teacher). He first developed an interest in writing in primary school with gripping Viking stories inspired by history he was learning in school at the time!

His first book, Benny and Omar, was published in 1998, based on his experiences in Tunisia. In 2001 the first Artemis Fowl book was published and he was able to resign from teaching and concentrate fully on writing. The Artemis Fowl series has since sold over 20 million copies worldwide and is now concluding with the final book, The Last Guardian.

Don Wycherley is from Skibbereen. He works extensively in film, television, and theatre, and his credits include: Sing Street, Inside the GPO, Fir Bolg, SCUP, Moon Boy, After Sarah Miles, and Ondine.

Don made his first Fit-up Theatre Festival appearance at the inaugural event in 2009 when he performed alongside actor Denis Foley in Blood in the Alley’s production of When I Was God by Conal Creedon. Don also launched the 2011 Fit-up festival programme.