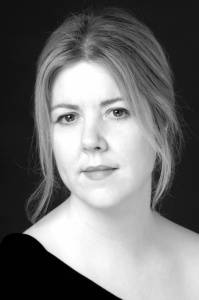 The workshop will deal with the basics of scriptwriting for theatre, radio and film.

Beginning with a fun workshop on ‘Where to get those damned ideas’, this course is designed to equip each attendee with a strong knowledge of writing for all three disciplines above with emphasis on the following: Plot, structure, character, dialogue and secrets; where the magic comes from.

Abbie Spallen is a multi-award winning playwright and screenwriter. Her awards include the Stewart Parker major award, The Tony Doyle award, The Blackburn Prize, the Clare McIntyre Bursary from The Royal Court, the Peggy Ramsay award, the Dublin City Council Bursary for Literature and the HALMA Foundation award for excellence in the European arts.
Her work is published by Faber and has been produced at, among others, the Bush London, the Traverse Edinburgh, Manhattan Theatre Club, 59East59 New York, the Project Dublin, Druid, the Tricycle London, the National Theatre Studio and The Lyric Belfast. Her work has also been translated into many languages and produced across Europe and the USA.

She has recently completed her second attachment to the Royal Court. For radio and screen she has worked with Northern Ireland Screen, BBC Northern Ireland, Equinox Germany, Ulysses Productions, BBC London and BBC NI Radio. Most recently writer-in-residence at the Lyric Theatre Belfast, she is under commission to The National, The Tricycle, Tinderbox, and the Lyric Belfast. In 2013 she received The Major Individual Artist Award from The Arts Council of Northern Ireland.

Kayak on the peaceful and sheltered waters of West Cork’s Dunmanus Bay with Darren’s Kayaks and explore the scenic coastline of the stunning Sheep’s Head peninsula Whether you want a relaxing paddle taking in the scenery and wildlife of the beautiful Sheep’s Head coastline or a fast-paced fun ‘Pier to Mannion Island’ time trial, we […]