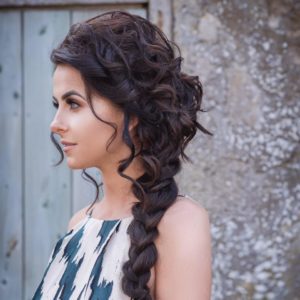 The Westlodge Hotel welcomes you for a weekend of dancing and music featuring Lisa McHugh!

With her parent’s love for country music, Lisa McHugh was introduced to the scene at a young age. She grew up listening to everything from Daniel O’ Donnell to Alan Jackson. With a huge passion for music, Lisa quickly learned how to play guitar and began singing.

With her talent growing each day and immense drive and determination, Lisa’s ambition to pursue a career in country music grew. In June 2010 she left her job in her dad’s construction business and moved to Ireland.

Having now gained thousands of fans, Lisa has won many awards to date including ‘Female Vocalist of The Year’ 5 years running and ‘Outstanding Achievement on the World Stage’ in 2012 when she appeared on the Grand Ole Opry – the home of country music as a guest of the legendary Gene Watson.

Want to come for the whole weekend? The Westlodge is offering hotel packages from €209pps which include 2 nights B&B, 1 Dinner, and a weekend pass to all dances!

Camping & Glamping[/caption] Eagle Point Camping is a four-star West Cork caravan and camping site in a gorgeous shoreline location in Ballylickey, near Bantry The campsite’s beautiful location has a safe and sheltered coastline and numerous pebble beaches, making it ideal for water-based activities like boating, wind surfing, sailing, swimming and fishing. An on-site slipway […]