You are here: Home / Archives for Festivals

For generations, artists, makers, producers, and dreamers have been inspired by the stone that forms our peninsulas, islands, rolling hills, and valleys. Stone tells a story that unlocks the flavours, textures, landscapes, and creativity of our Wild Atlantic shoreline.

The West Cork Stone Symposium (March 23–25 2018) in Kilcrohane will be a hands-on, creative celebration of stonecraft, and it’s set to feature craft workshops, talks and tours against the backdrop of the rugged peninsulas and islands on Ireland’s southwest coastline. The symposium follows on from a hugely successful first run last year in Ahakista.

Visitors will be able to unleash their creativity as they learn from some of the world’s best dry stone wallers, carvers, and sculptors. Workshop-goers will work beside some of the most skilled craftspeople in Ireland as they begin to master ancient but timeless craft skills. The symposium’s workshops on dry stone walling and stone carving are open to people of all abilities. If you’re an absolute beginner or looking to improve your skills for a project of your own, head to West Cork’s Sheep’s Head peninsula on the Wild Atlantic Way for what’s sure to be a creative and collaborative weekend.

“We’re delighted to be passing on traditional skills”, says Victor Daly, a sculptor and stone carver who is the West Cork Stone Symposium’s creative director. “Dry stone walling and stone carving are really ancient crafts, and the work we do is so much part of the landscape of the west of Ireland that people almost see it as part of nature.”

“Dry stone walling and stone carving have helped to shape the identity of the Wild Atlantic Way, and they reflect the character and creativity of our communities too. We’re looking forward to welcoming people to our gathering so that they can immerse themselves in West Cork life and play a part in carrying ancient skills and traditions into the future.”

Visitors to the symposium are sure to draw inspiration at the bustling workshops from the rugged coastline of West Cork’s Sheep’s Head peninsula – a European Destination of Excellence that’s home to one of Ireland’s most creative communities. Don’t miss this chance to gain a unique insight into the environment and the creativity of the people who live here on the very edge of Europe.

To book workshops and find out more, visit http://westcorkstonesymposium.com 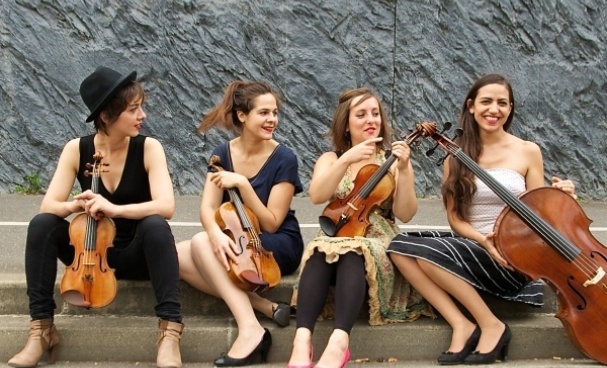 This is the festival where the music lover can hear the finest works in the repertoire as well as world premieres of some exciting new music. Each year audience members from throughout Europe, the United States and the Middle East arrive in this small fishing town in a remote corner of West Cork.

The West Cork Chamber Music Festival is not just a week of extraordinary concerts in a fabulous setting. It is also a summer meeting-point for top young ensembles, where advanced students have the opportunity to immerse themselves without distraction in the world of chamber music.

Morning talks, a violin making exhibition, young musician master classes, and a handful of free events run throughout the week.

Camping & Glamping[/caption] Eagle Point Camping is a four-star West Cork caravan and camping site in a gorgeous shoreline location in Ballylickey, near Bantry The campsite’s beautiful location has a safe and sheltered coastline and numerous pebble beaches, making it ideal for water-based activities like boating, wind surfing, sailing, swimming and fishing. An on-site slipway […]